Progress through the years

A board of directors is established, allowing IWLC to separate its organizational governance activities from the day-to-day operations of event steering committees.

IWLC conducts its first strategic planning session and agrees upon an initial strategic intent.
IWLC hosts its first event in Des Moines in the fall, bringing lessons of leadership and empowerment to 250 women and men, and featuring leadership expert and author Betsy Myers.

Beginning in June, IWLC becomes the convener of the statewide Iowa Women’s Leadership Project and undertakes to sponsor the 2012 She Matters Report.

The Eastern Iowa Conference, another sold-out event with a net profit of $100,000, highlights “The State of Change 2012” and features author Betsy Myers and entrepreneur Barbara Corcoran.

IWLC releases the findings of its 2012 She Matters Report at its Eastern Iowa leadership event.

IWLC adds a CEO Forum to the Eastern Iowa and Central Iowa Conferences to engage executive leaders in the leadership discussion, partnering with experts on how to advance women into senior leadership positions.

IWLC, in collaboration with Ascent Iowa, hosts a fall fundraising event, “Invest in She,” in which Iowa women entrepreneurs pitch their business ideas to a panel of experienced investors. The event awards $40,000 to several women-owned businesses.

IWLC launches its new identity, Iowa Women Lead Change, to more accurately reflect the mission and vision of the organization.

IWLC, in partnership with the Nexus Women’s Organization in Des Moines, Iowa State University’s Carrie Chapman Catt Center, and the University of Iowa Tippie College of Business, commissions the Iowa Women in Leadership study. Executive summary results are released at the Central Iowa Conference in October.

For the first time in IWLC history, the organization hosts four conferences throughout Iowa – in Eastern Iowa, Central Iowa, Dubuque/Tri-state, and Siouxland.

IWLC adds a Men’s Track at its Eastern Iowa Conference, designed for men looking to learn more about gender intelligence and how to use that knowledge to have a positive impact in the workplace.

For the second year in a row, IWLC hosts conference "border to border."

IWLC launches a public/private partnership called the EPIC Corporate Challenge. This initiative is endorsed by the Governor and Lt. Governor and, for the first time, invites companies to track key metrics in women's leadership at all levels of their organizations. Iowa is one of the three states to offer the Challenge, and the ONLY one to measure results. It is IWLC's opportunity to go inside Iowa organizations and help them assess and "move the needle" on women's leadership growth. Nearly 60 companies sign on in the first year.

IWLC hosts Invest in She women's entrepreneur pitch competitions in Des Moines and Cedar Rapids. In all, $170,000 is given away since the 2015 launch of Invest in She.

There was much growth and expansion for the organization. Five new staff positions were created and Tiffany O'Donnell replaced Diane Ramsey as CEO. 26 new member companies were added to the EPIC Corporate Challenge member list and EPIC survey participation increased by 20%. The Lead Iowa Campaign increased by 45 new donors. Sponsorship dollars for events were increased by 17%. $15,000 was received in grants.

IWLC was recognized as the Cedar Rapids Economic Alliance 2017 Community Spotlight Winner for fearlessness in positively impacting conversation, stimulating action and tangible efforts to empower women all over the state. In the news, IWLC was featured on local ABC, NBC and CBS affiliates. Most notably, IWLC was mentioned in a piece during the #metoo national conversation in a piece for the New York Times.

EPIC Corporate Challenge participants grew to 86 with a record number of companies participating in the annual survey. Women Connect groups continued to grow in the Siouxland, Central Iowa and Corridor regions.

IWLC was named the steward of the Iowa Women of Achievement Bridge in downtown Des Moines and committed to bringing back the annual Women of Achievement Awards. IWLC also announced the launch of the new Ascent Leadership Program, aimed at advancing mid-level, high potential women leaders through a 12-month virtual classroom training that begins in Jan. 2019.

Headquarters expanded to a new space in the Cedar Rapids Metro Economic Alliance building, while IWLC offices were also opened in Des Moines and the Quad Cities.

Iowa Women Lead Change opens the year with a rebrand to Women Lead Change. Women’s leadership development needs are not unique to Iowa, so this name change allows for expansion beyond the state’s borders.

The Ascent Leadership program is launched for mid-level, high potential female leaders with staggered cohorts beginning in January and July.

The year opened with the theme Connect. Unite. and the Siouxland Conference featuring Cy Wakeman, Beth Shelton, and a 60 Ideas in 60 Minutes panel of local leaders. After the COVID-19 pandemic began to shut down events, Siouxland ended up being the lone in-person WLC conference in 2020. 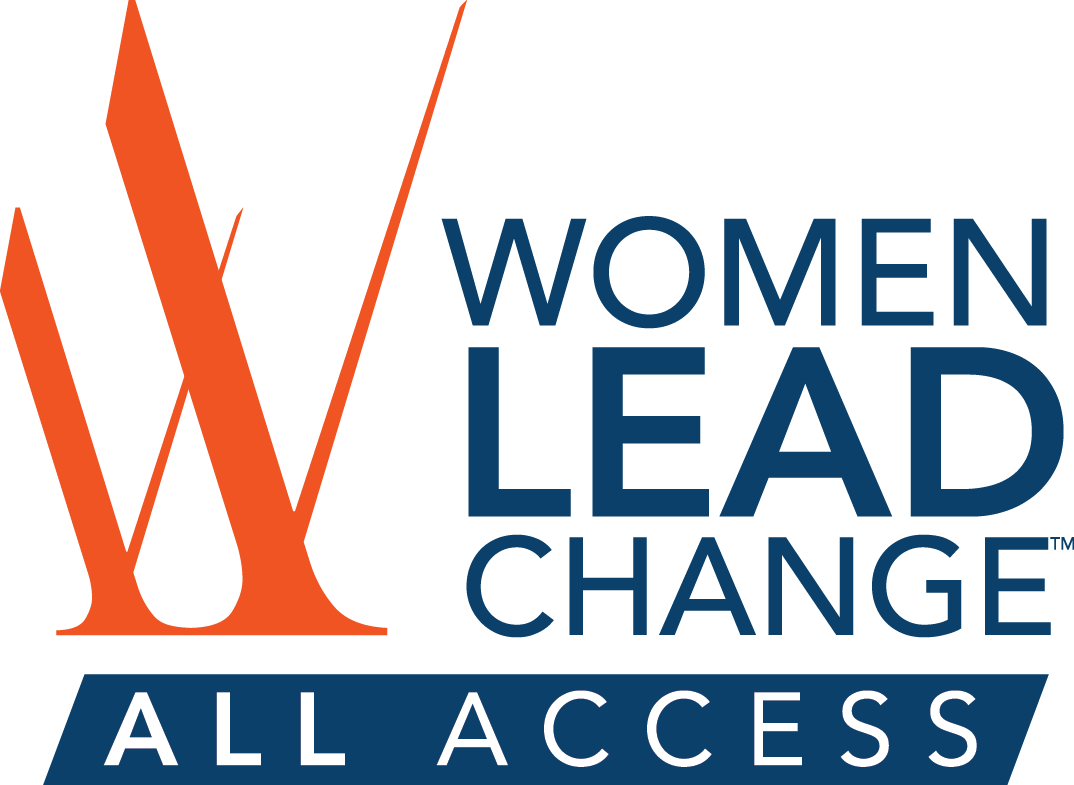 For the first-time ever, the ICR, Quad Cities, and Central Iowa Conferences were hosted as All-Access virtual events.

The Iowa Women of Achievement Award recipients were honored virtually with a showcase video at the Central Iowa Conference.

Get our latest leadership development and insights delivered to your inbox.