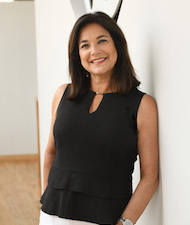 Since joining the organization in 2015, Tiffany O'Donnell has led the expansion of the organization’s scope and reach, most recently reflecting that growth through a brand change. The organization, formerly called Iowa Women Lead Change is now Women Lead Change. Under her leadership the Iowa-based team is now in five locations with offices in the Quad Cities, Cedar Rapids, Cedar Falls/Waterloo, Des Moines, and Sioux Falls, SD.

The organization’s leadership development curriculum is now utilized beyond Iowa’s borders, extending across the country and, in at least one case, in the U.K.

You may know Women Lead Change by its hallmark annual conferences that bring in world-class speakers and newsmakers. However, Women Lead Change has grown into so much more than an annual conference funding critical research, facilitating strategic leadership development programs like Women Connect and the EPIC Corporate Challenge, creating the Women of Achievement Bridge Awards and, most recently, launching a 12-month leadership intensive called the Ascent Leadership Program.

Tiffany is also the host of the Women Lead Change podcast, “Own It.”

She is the mother of two daughters and married to husband Michael for 27 years. AND, though none of her family members say they want to be a passenger, she has her private pilot’s certificate. 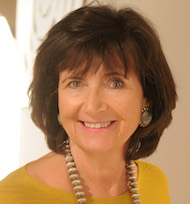 Diane Ramsey, Co-founder and former Chief Executive Officer of Women Lead Change, has a track record as a leader, collaborator and innovator. She retired from the organization in 2017 and now serves as an advisor to Women Lead Change.

In 2010, Ms. Ramsey founded Corridor Women Connect, a non-profit organization dedicated to leading and encouraging employers to share best practices, leadership development, and networking. She is a founding member of the Women’s Leadership Project, a statewide consortium that produced the She Matters: 2012 Status of Women and Girls in Iowa report and subsequent follow-up initiatives.

Ms. Ramsey’s prior experiences include Rockwell Collins and 15+ years with Alliant Energy leading economic and community development, its sales and strategic accounts business and communications and strategic affairs. Her experience in marketing and advertising includes retail, consumer and B to B at the client and agency level – including Hy-Vee, Square D, and Budget Rent a Car’s national and regional programs.

She is a trustee for the Millicent Rogers Museum in Taos, NM, a founding member of Invest to Elect Women New Mexico and a national delegate for Vision 2020 (a coalition of organizations and individuals committed to achieving women’s economic and social equality). Throughout her career, Ms. Ramsey served on statewide and community boards including The Iowa Business Council Deputies (Chair 2010), Professional Developers of Iowa, Forward Wisconsin (chair, 2009), the Four Oaks Board of Directors (2011-2012, chair), Corridor Women Connect Board of Directors (chair 2010-2012) and Theatre Cedar Rapids Boards of Directors (2003- 2005 Chair) and Trustees, St. Luke’s UnityPoint Foundation Board of Directors, Waypoint Services Boards of Directors and Trustees and the National Czech and Slovak Museum and Library.

In 2009, the Corridor Business Journal recognized Ms. Ramsey as a Woman of Influence. Waypoint recognized her as a Pillar of the Community in 2011. In 2013, the Women’s Equality Coalition of Linn County honored her as Woman of the Year. 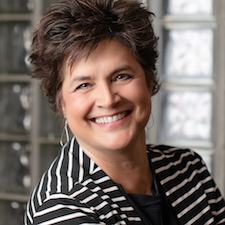 Bobbi Segura lives in Des Moines and has been actively involved in the business and nonprofit community in Central Iowa. For the more than 20 years, Bobbi was a business owner and entrepreneur in the field of marketing and business development.

She founded B. Segura Consultants in 2008, and was a partner/member of Plum Communications, LLC, a collaborative group of writers, designers and marketing entrepreneurs who worked together to provide communications solutions. She was co-owner of Designgroup, Inc., an award-winning graphic design firm with a long history of creating marketing materials for local, national and international clients.

Amy, a native of Perry, IA, is the Director of Marketing & Strategic Development at Women Lead Change, based out of our Des Moines office. In this role, she is responsible for building a structure to create increased awareness of the Women Lead Change brand, including developing and implementing marketing initiatives, projects and programs to grow the organization.

Amy graduated from Iowa State University with a B.S. in Journalism & Mass Communications. She boasts 15 years of experience in marketing and media relations, along with extensive knowledge of business development and sponsor relations in Des Moines. Amy spent the past nine years as Client Experience Director at Allegra Marketing and previously worked as the Marketing Manager for the Des Moines Arts Festival and Downtown Events Group.

Amy is very active in the Des Moines community. She served on the Board of Directors for the Urbandale Chamber of Commerce, and is past chair of genYP and Young Variety. 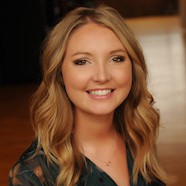 Morgan is a native of Cedar Rapids, Iowa. As Director of Operations, she is responsible for the daily functions and operations at Women Lead Change. She brings with her experience as a Paralegal and Office Manager for a law firm in Cedar Rapids.

On the weekends in the summer Morgan can be found drag racing with her family at race tracks across the Midwest, and spending time with her two sons. 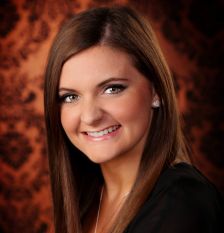 Mackenzy is excited to join the team as Women Lead Change's Marketing Coordinator.

Mackenzy is a graduate of the University of Iowa with degrees in Journalism and American Studies. During her senior year, she served as Daily Iowan TV News Director. Under her leadership, the organization was awarded the 2019 College News Station of the Year by the Iowa Broadcast News Association.

Born and raised in Des Moines, Mackenzy is excited to begin her professional career with Women Lead Change in their Des Moines office.

Outside of work, Mackenzy can be found teaching dance at the studio where she was a student for 15 years. 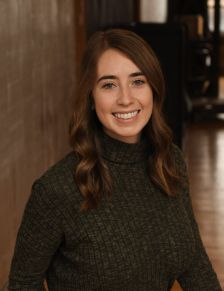 Anna graduated from Iowa State University with a B.S. in Mathematics. After graduation she worked as an Event Coordinator for The Salt Company in Ames, Iowa. Anna and her husband moved to Iowa City for her husband to begin medical school at The University of Iowa.

Anna is so excited to join the Women Lead Change team and to continue her career in the event world.

Outside of work Anna enjoys playing sports (especially sand volleyball and spikeball), card games, being outdoors, and spending time with her husband.

Get our latest leadership development and insights delivered to your inbox.